In part 1 of our 2-part series on clean coal, we discussed the history of, and the methods behind, various clean coal technologies, and we noted some of the earliest demonstration projects and reported on how they fared.

Coal has been considered a dirty fuel for a long time. It caused the famous 19th century London fogs, and it killed 19 people in Donora, PA in 1948 when a temperature inversion trapped smoke from the surrounding steel mills against the ground. The latter incident helped to get pollution control regulations off the ground, even though there had been sporadic attempts as far back as 1306.

Some states — California, in particular — are imposing ever-more-severe restrictions on emissions of everything from carbon dioxide to diesel particulates, and the costs to industry promise to be high. And we can expect new federal regulations along the same lines over the next few years. But companies can do more than just stand there and take it like a mule in a hailstorm. We can look for new opportunities, and several areas look promising: 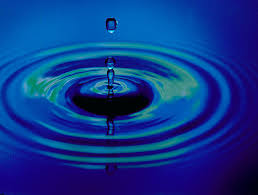 The water infrastructure in the United States is aging and in dire need of repair and replacement, yet despite the enormous size and scope of this problem, little has been by Congress to allocate funding to keep our water and sewage systems functional. But a number of organizations are presenting the alarming facts behind the aging infrastructure to Congress—and to the American public.

The idea of drilling offshore for oil has never been particularly popular in the U.S. Historically, both Democrats and a fair number of Republicans have been against it, usually citing environmental concerns. But that was before $4 a gallon gasoline.

These days, the American public is so fed up with higher prices at the pump they’re willing to try anything that even remotely resembles a solution. Both John McCain and Barack Obama have opposed offshore drilling in the past, but this is an election year. While both candidates will admit that drilling may or may not have a significant effect on lowering gas prices, the pressure from voters is too great. People want to think that something, anything, is being done in the short term.

READ the latest issue of VALVE
BROWSE past digital editions